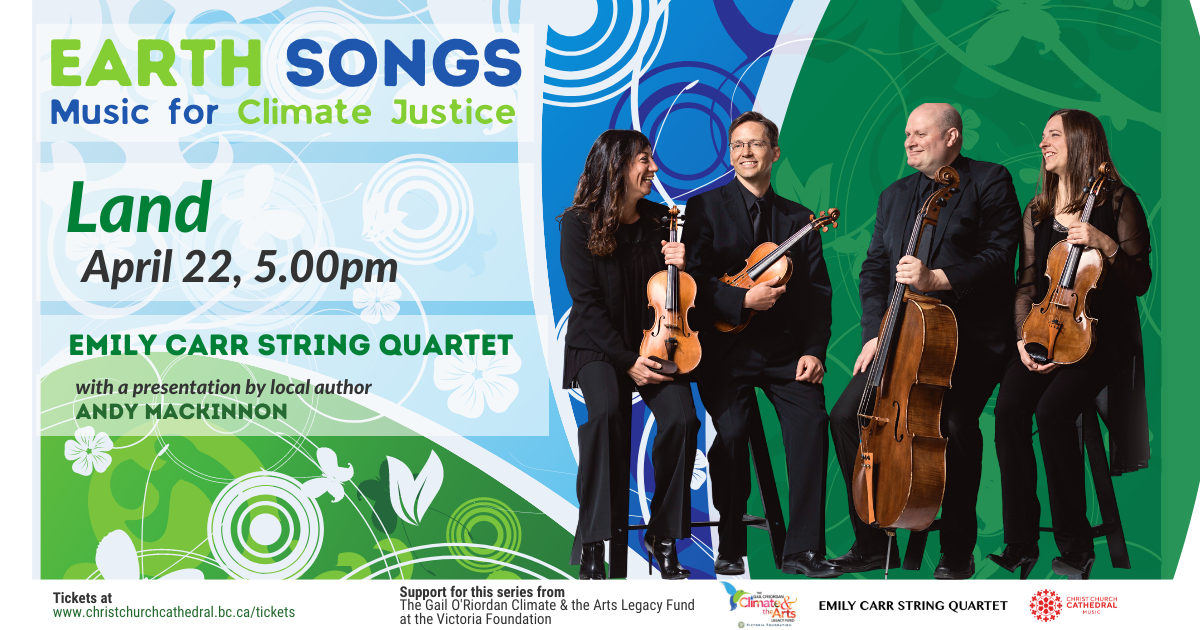 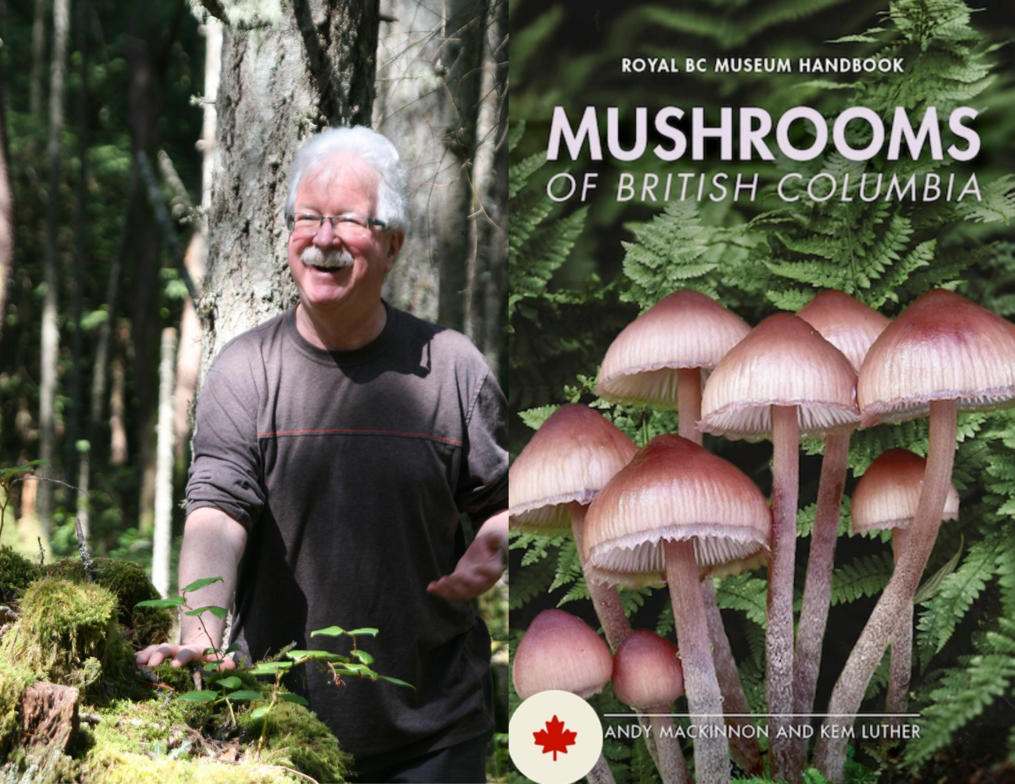 The Emily Carr String Quartet has quickly established itself as one of BC's finest music ensembles. Formed in 2006 by members of the Victoria Symphony and the Aventa Ensemble of Victoria BC, the Emily Carr String Quartet has performed in Canada, the USA and Europe. They have participated in residencies at Stanford University and the Banff Centre and have collaborated with artists such as: the Lafayette string quartet, Marion Newman, Jamie Parker, Lorraine Min, Arthur Rowe, the Alcan Quartet and the Tin Alley Quartet. They have performed for: "ISCM's 2017 World Music Days", "Music in the Morning" and "Music on Main" concert series in Vancouver, the Ankara Music Festival, Hornby Festival, Victoria Summer Music Festival and the IAMA Canadian Music Showcase in Montreal. The ECSQ has been featured on CBC radio's "North by Northwest" and their CD "Hidden Treasure" was nominated for the 2012 classical recording of the year at the Western Canadian Music Awards.

Andy is a forest ecologist who lives in Metchosin, BC.  His recent research interests include ecology of BC’s ectomycorrhizal fungal species. He was lead BC scientist for Environment Canada’s 2017 ranking of our province’s threatened and endangered fungal species. Andy has taught rainforest ecology field courses in Bamfield and Tofino (for the University of Victoria) and Haida Gwaii (for UBC). He has also taught mushroom identification courses in Tofino (for the Rainforest Education Society) and in Victoria. He is co-author of six best-selling books about plants of western North America, and co-author of the newly published Royal BC Museum Handbook “Mushrooms of British Columbia”. He is past-president of the South Vancouver Island Mycological Society (SVIMS), and an enthusiastic participant, speaker and field trip leader for various mushroom festivals in southwestern BC each autumn.