NEWS ALERT BC’s Vaccine Card and the Cathedral: What does it mean for you? 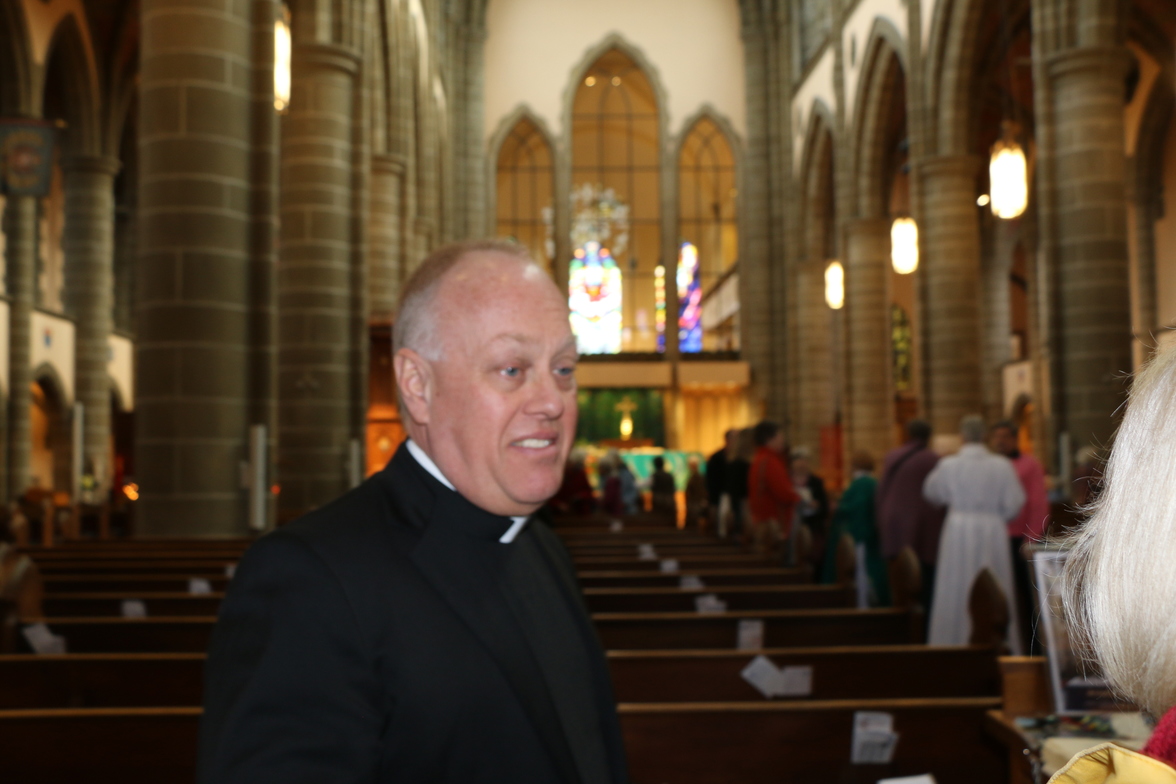 Last Sunday, as many will know, the Cathedral experienced a homily which got people talking. Our preacher was Christopher Hedges, a Pulitzer prize-winning journalist, author, activist, and ordained Presbyterian. He has served as a war correspondent for the New York Times, and currently teaches in the prison system. His sermon was a blunt critique of the Church’s engagement (or more precisely, lack of engagement) with what he considered the most pressing issues of our time. Some were relieved to hear the Church concerning itself with the state of our world; others were offended at what they considered the politicisation of the gospel, and at the bleakness of his outlook.

I had the opportunity to hear Mr. Hedges twice, at both 9.15 and 11.00 a.m. I will say that the first time round, I found myself wondering if what we had just heard was a speech or a sermon. The second time, however (and the text was identical), I came to the view that it was decidedly a sermon. It began by naming the context in which we live (death: of the planet, of compassion), and defined the role of authentic religion as the willingness to grapple with systemic evil, and to do our very best to reverse the trajectory towards extinction. The sermon itself was quite dense, wasting no words; and hearing it a second time allowed me to follow its train of thought more closely. It has now been posted on our website, and I commend a second hearing to those who may have felt as I did initially.

Sermons come in various forms. Some use the sermon to teach, or to explain the readings. Others see the sermon as an evangelical tool, or as moral exhortation. Many follow a formulaic pattern (often derided as “three-points-and-a-poem”). Some clergy preach by way of story.

What we heard on Sunday was an example of classical biblical prophecy, the sort of thing we hear from Isaiah, Jeremiah, or Jonah. The biblical prophets take extreme issue with the politics of their day, make no bones about naming or blaming, and condemn the people of God for their inaction and willingness to go along. Their message is highly politicised, and threatens destruction or military defeat if people don’t repent and change. “Forty days more,” cries Jonah, “and Nineveh shall be overthrown.” Their goal is to spur people to keep the impending crisis from unfolding (In Jonah’s case, the people of Nineveh take heed).

More often, however, the prophets meet with great resistance, including death threats and imprisonment. Their preaching “afflicts the comfortable” (as Jeremiah says), and people don’t like it. This is one reason prophetic preaching is so rare in our churches; very few preachers have stomach for the kind of antipathy prophetic witness arouses. To be sure, prophetic preaching fails on the “feel good” factor, but then, perhaps the Church’s role is not always to “comfort the afflicted” (as Jeremiah also says).

About Us
Our Dean

Job Posting - Parish Administrator It's time to think about space. The Cathedral Check-in: A Chat with the Dean