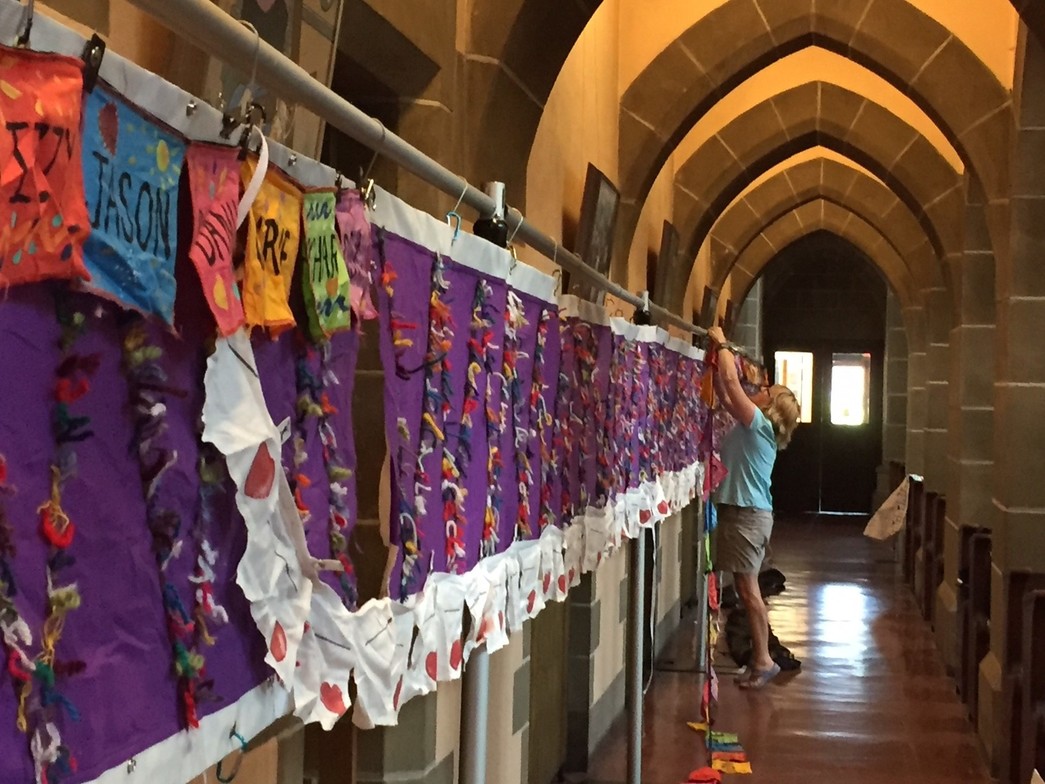 A Comox mother’s heartfelt response to her son’s overdose death has led her to create an interactive tapestry to be shown inside Christ Church Cathedral from June 18 to July 8. This is the first time the display has been mounted at an indoor venue in Victoria.

The artful tapestry, about 30 metres long, will be up along the south wall of the cathedral. The public is invited to view it from 8.30 am to 5.30 pm daily.

After her son, Matthew, died of a fentanyl ovedose in 2017, Judith Conway wanted to create a visual representation of the human impact of the opioid crisis. She recruited some friends to help sew together colourful flags with names of Comox residents who have died from overdoses. The display includes thousands of pieces of yarn, each one representing a Canadian who has died.

According the Public Health Agency of Canada, there were more than 10,000 opioid-related deaths between 2016 and 2018. B.C. has the highest rate of opioid deaths per capita of the provinces. Conway began by hanging it along her back fence in 2018 before showing it in Comox. She travelled to the Vatican in March 2019 to have the pieces blessed by Pope Francis.

“This moving and colourful display demonstrates the power of art to reveal the depth of the opioid crisis, something we can’t afford to ignore,” said the Rev. Canon Nancy Ford, the cathedral’s deacon to the city.