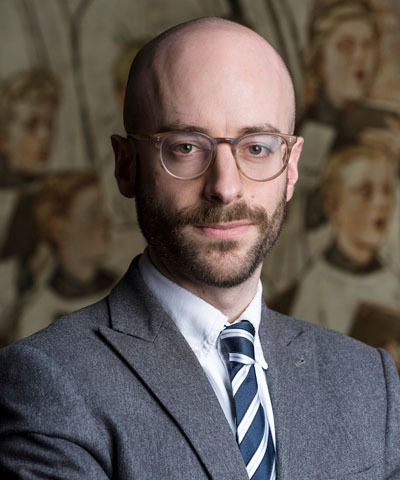 Donald Hunt (he/him) was born and raised in Halifax, Nova Scotia. He went on to study music at McGill University in Montreal, where he received Bachelor and Masters degrees in organ performance and composition, studying principally with John Grew. During his time in Montreal, he was assistant organist at Christ Church Cathedral, Montreal. He has also held organist posts in the UK, including at Truro Cathedral, St Paul’s Cathedral, and St Mary’s Cathedral, Edinburgh.

Donald is a first-prize laureate of the Concours d’orgue de Québec and has been a finalist in the Concours Prix d’Europe and the RCCO National Organ Playing Competition. In 2017, he took up the post of Director of Music at Christ Church Cathedral, Victoria, where he plans the liturgical music for three Sunday services, and directs a number of choirs, including a treble choir, formed in 2019 in partnership with the Cathedral School.