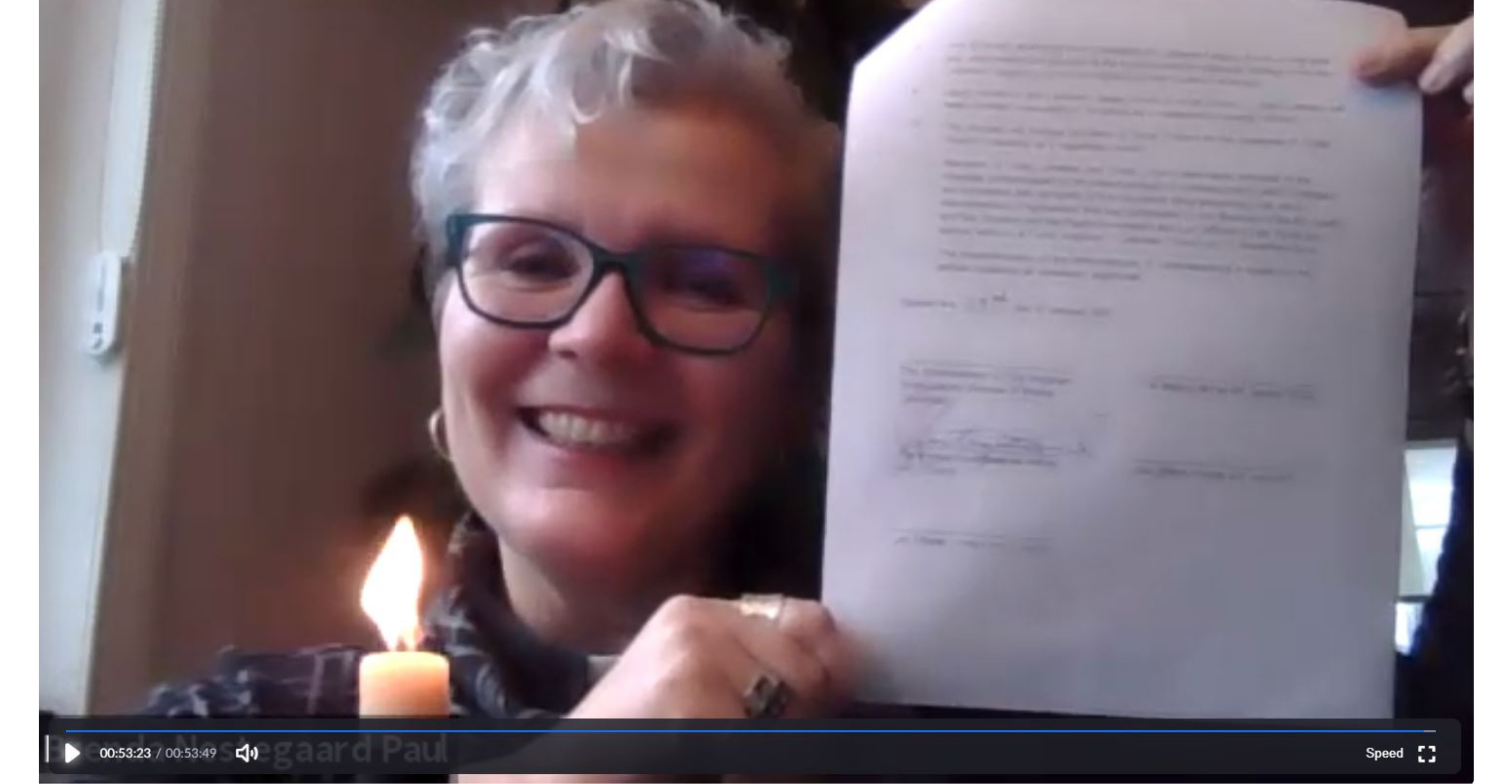 After twenty plus years in a shared ministry, Trinity Anglican + Lutheran Church in Port Alberni took its final, historic step as a Full Communion parish. On Thursday, January 14, 2021 leaders from the two church bodies gathered online via Zoom to sign the legal document finalizing Trinity's commitment to 'Becoming One' congregation as set out in a December 1, 2019 memorandum of agreement.

Beginning in 2000, the people of St Alban's Anglican and Christ the King Lutheran crafted a covenant to function together as a parish, sharing a building and a priest/pastor. The Lutheran church building was sold with the future ministry stemming from the Anglican facility. From its inception, the two congregations found themselves functioning day to day as one. The foundation for this ministry was laid by the Ven Dianne Tomalin and the Rev Patrick Tomalin. All came together for one Sunday morning Eucharist, bible studies, and more. The liturgies of both traditions were rotated. The two women's groups came together as All For One. Mission and ministry was done together. Three years later the members of All Saints Anglican asked to become a part of the covenant as well. The two Anglican congregations merged to become Trinity Church and Christ the King was re-named Trinity Lutheran Church.Trinity Anglican Lutheran Parish was born.

Through the years, the relationship between the people of these two congregations became ever more intertwined. The richness of both church traditions was honoured and shaped the whole community no matter how individual members self-identified. By 2016 it was seemingly redundant to have two councils, two different envelope secretaries, two separate parochial accountings, to, indeed, artificially maintain any kind of idea that people had deep L's or A's emblazoned on their foreheads. Over time, Trinity parish had become one Trinity congregation, informed and shaped by both traditions.