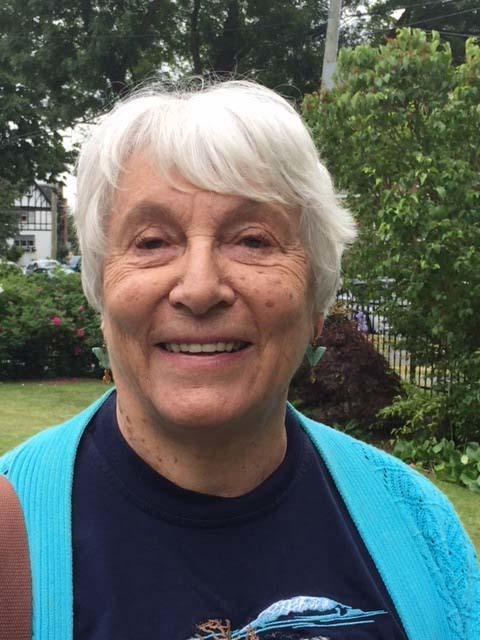 How do you teach virtues and good character to children? The Virtues Project, a multi-faith teaching concept started by Salt Spring Island residents and now a global initiative in more than 100 countries, is the basis for an upcoming workshop at Christ Church Cathedral.  Patricia Crossley has seen the method influence bullies, rebellious teens, and young people lacking self-esteem and courage during her years as an educator in Kenya. She is leading a three-part Virtues Project workshop Aug. 17 (2 pm-4:30 pm), followed by two evening sessions Aug. 20 and Aug. 27 (6 pm -8.30 pm). The cost for the three sessions is $30.

A former school principal in Vancouver, Crossley first went to Kenya in 2001 as an agent for charity for girls’ education and then worked for over a decade in the country as Education Secretary for over 70 Kenyan schools. She has seen the virtues concepts work in both countries. After the Kenyan government banned the use of the cane for punishment in schools, “Teachers told me they didn’t know how to discipline,” said Crossley. She heard about the Virtues Project from a chaplain in Victoria. She began in Kenya with a workshop for nine teachers. After Kenya’s 2007 election, the country was on the brink of civil war, and that’s when the project grew out of the schools to be used by the public. Now they have trained over 3000 teachers and more than 3000 community members to interact with children in a different way.

Says Crossley, the method is unlike many programs where children are instructed in the ‘right’ behavior, while many leaders in society (in politics or business or religion) are not good examples of what they preach. “We don’t teach virtues. We teach adults to model virtues and nurture them in their children,” said Crossley, a trained master facilitator for Virtues Project International (VPI).   “VPI presumes that children are ‘born in potential,’ and adults learn to model the virtues in themselves and to recognize and nurture the virtues which already exist in others,” said Crossley, adding that she has seen many examples of positive change. “We want to be people of integrity and to bring up the future generation as people of integrity.”      To register for the program, contact Christ Church Cathedral contact knewman@christchurchcathedral.bc.ca

About the Virtues Project The Virtues Project is a global initiative   co-created by Linda Kavelin-Popov, a psychotherapist; her husband, Dr. Dan Popov, a clinical pediatric psychologist and computer scientist; and Linda’s brother, John Kavelin, an art director with Walt Disney Imagineering. They researched the teachings of world religions and discovered a common focus on nurturing certain character traits or virtues. The Kavelin-Popovs established a foundation, WellSpring International, and in 1991, formed Virtues Project International as a Canadian corporation. Since then, the Virtues Project approach has been used by businesses, schools and governments worldwide. https://virtuesproject.com/