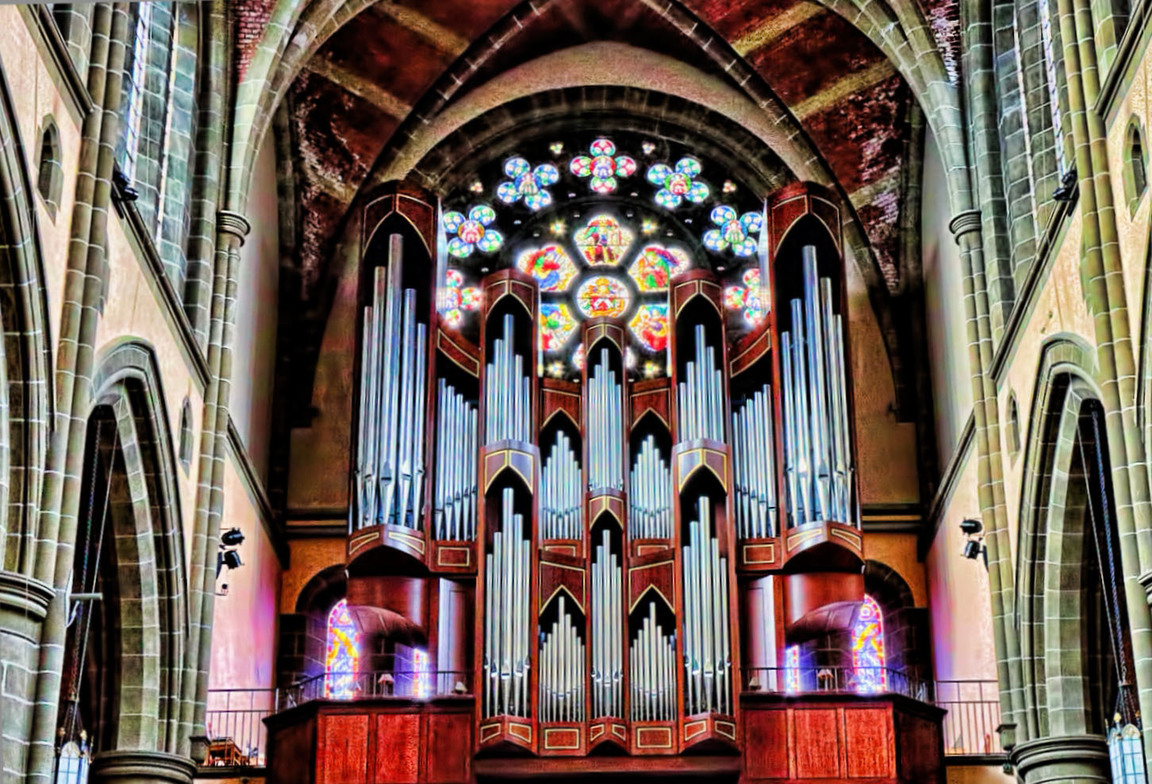 For the twelfth consecutive year, Christ Church Cathedral in Victoria presents a series of
three organ recitals in June, featuring leading performers on “The King of Instruments.”
Performances take place on Friday evenings at 7:30 pm.

The Cathedral is home to one of the largest mechanical action pipe organs in Canada.
Standing 40 feet tall, it boasts four keyboards and a pedal board, over 60 stops, and a total of
nearly 4,000 pipes. The instrument sits high up in a loft at the west end of the building, but a
video link lets the audience see the performer on a large screen at the front of the church.

Friday, June 7: Donald Hunt, the Cathedral’s Director of Music, kicks off the series with a
program of music by Bach, Mendelssohn and Holst. Brought up in Halifax and a graduate of
McGill University in Montréal, Hunt is a Fellow of the Royal College of Organists and a former
organ scholar at St. Paul’s Cathedral in London; he also held positions in Edinburgh before
returning to Canada. For this concert, he’s joined by a special guest: trombonist Heidi
Worrall, who is a Cathedral choral scholar and UVic music student.

Friday, June 14: Bruce Neswick is Canon for Music at Trinity Episcopal Cathedral in
Portland, Oregon, and a former Director of Music at the Cathedral of St. John the Divine in
New York City. His program includes works by Olivier Messiaen and the late American
organist and composer Larry King. Himself a respected composer and brilliant improviser,
Mr. Neswick will offer improvisations on submitted themes – always a treat for organ buffs!

Friday, June 21: Aaron James is a Toronto-born organist in his early thirties who holds a
double doctorate in organ performance and musicology from the Eastman School of Music in
upstate New York. He is now Director of Music at the Toronto Oratory, based out of Holy
Family Roman Catholic parish and St. Philip’s Seminary; he also teaches at the University of
Toronto. He will play for us music of Mozart, Baroque organ master Georg Muffat, and
contemporary American composer David Conte.

Ticket prices for these recitals remain unchanged again this year at an affordable $20 for
single seats, or an especially attractive bargain of $45 for the full three-concert series. For
the first time, tickets can be conveniently purchased online at ticketrocket.ca or by phone at
1.855.842.7575. They are also available at Munro’s Books downtown, Ivy’s Book Shop in
Oak Bay, and at the Cathedral office, where credit and debit purchase options are available.