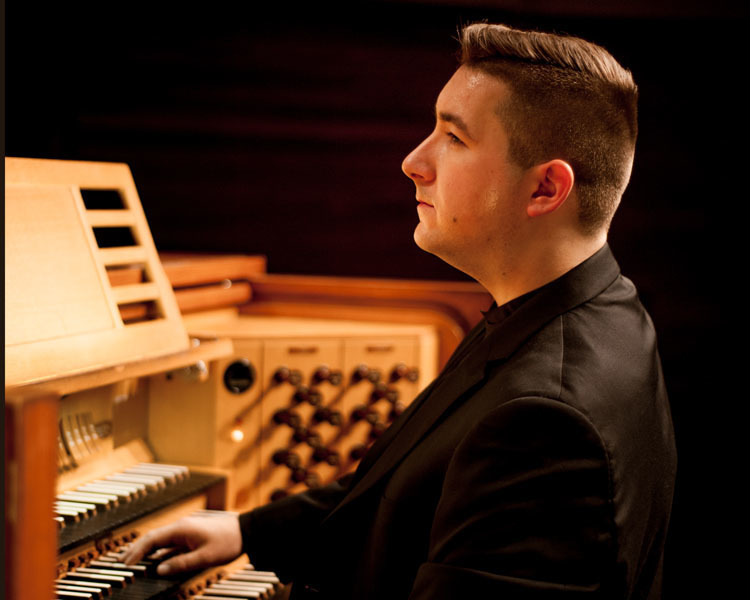 Originally from Burlington, Ontario, McDonald earned a bachelor of music degree at Queen’s University, then moved to Montreal where he earned a master’s degree and a doctorate in organ and harpsichord performance at McGill University. McDonald will appreciate the Cathedral’s outstanding Helmuth Wolff organ, having written his doctoral thesis on the Livre d’orgue, a collection of organ registration pieces by composer Bengt Hambraeus for another Helmuth Wolff organ built for McGill in 1981.

"We are absolutely thrilled,” said Christ Church Cathedral Director of Music Donald Hunt. “Not only does he bring musical experience from a number of different faith traditions, including a sympathy for the Anglican choral tradition, but he is also well-equipped as an administrator to take on the tasks associated with the Cathedral's growing presence in the community as a venue for very fine concert music." As a performer, McDonald has competed internationally. He was the third-prize winner of the 2014 Arp Schnitger International Organ Competition in Hamburg, Germany; and he participated in the 2017 International Organ Competition in Tokyo. He was a featured soloist at the 2016 Royal Canadian College of Organists’ National Convention in Kingston, and he has performed with the National Youth Orchestra of Canada and Cirque du Soleil.

Presently, McDonald is the organist at St. James United Church and the organist at the Montreal Diocesan Theological College where he has worked since 2013. McDonald has also been assistant organist at the Church of Saint James the Apostle and Christ Church Cathedral in Montreal. He spent a year in Germany as visiting scholar at the University of the Arts Bremen.

Interim Assistant Director of Music Sandra Fletcher will continue in that position until June 15.