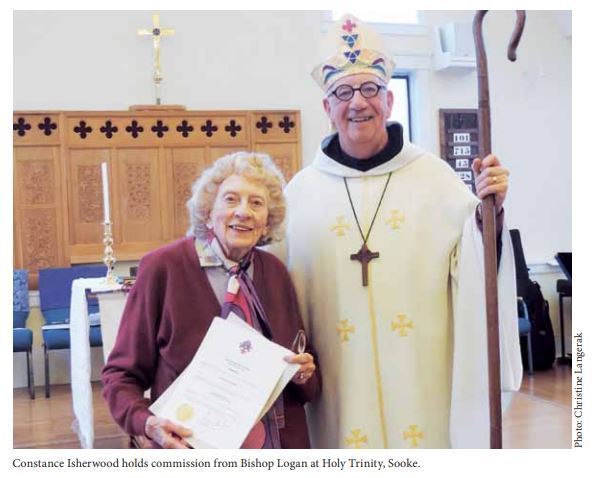 On January 26, 2021, just over a week after her 101st birthday, the long-serving (30+yrs) former chancellor, Dr. Constance Isherwood, Q.C. died peacefully, surrounded by her family.

Connie, as she was known to many in the diocese was an active and valued member of Holy Trinity, Sooke and as chancellor, acted as legal advisor for the diocese on controversial issues such as the ordination of women, equal marriage and the legacy of residential schools.

When she entered law school at the University of British Columbia in 1948, Isherwood was one of only eight women in a class of 208. Two of those women had dropped out by the time Isherwood graduated at the top of the class in 1951, becoming the first woman to win the law society’s gold medal.

In 2016, Isherwood became the first woman to receive the Law Society of B.C.’s highest honour for lifetime achievement.

"While we did not meet, she was clearly a faithful servant and tireless worker, serving the church and the world in so many ways, not the least of which was as chancellor of the diocese."- Bishop-elect Anna Greenwood-Lee