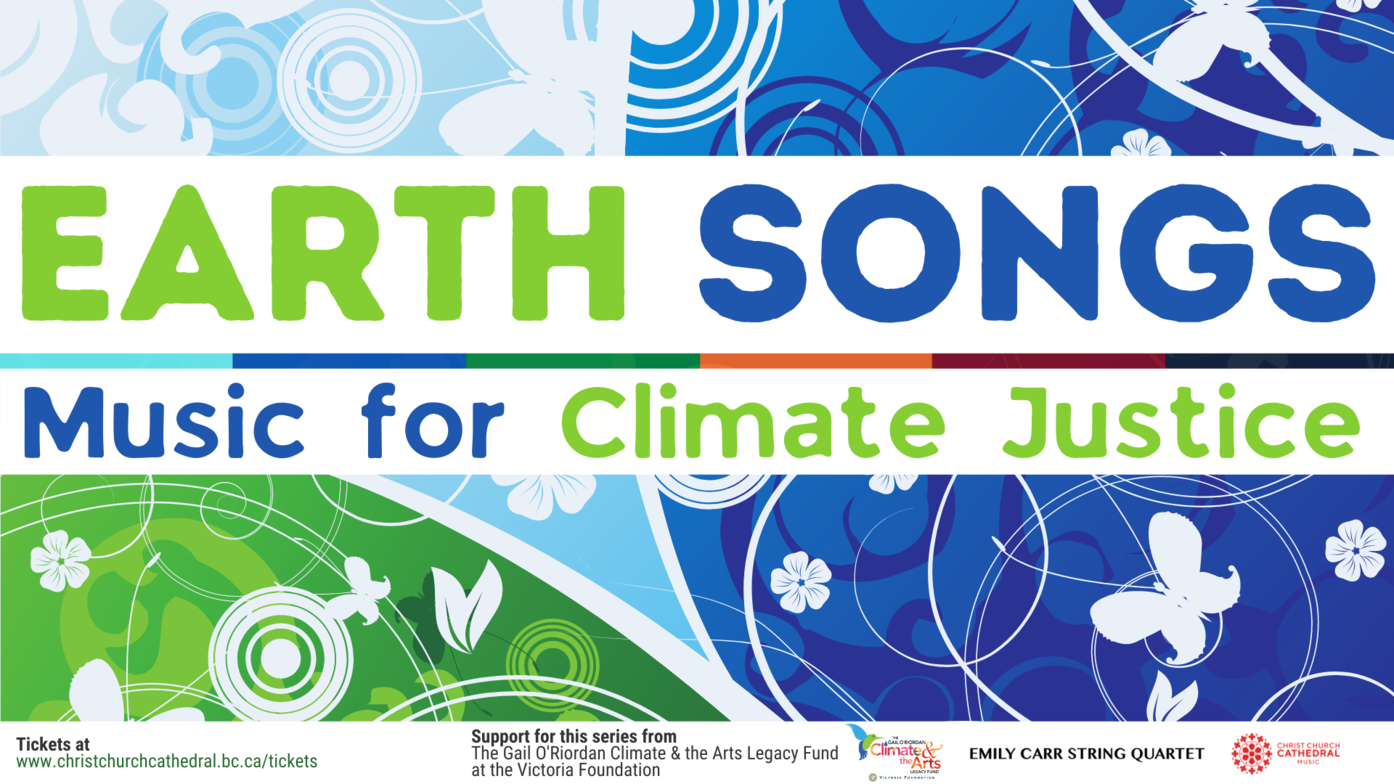 Christ Church Cathedral and the Emily Carr String Quartet are thrilled to announce Earth Songs: Music for Climate Justice, their third concert partnership since 2020. This six-concert series will feature one of Canada’s top quartets and the cathedral’s Wolff organ played by a lineup of international artists. The February through June 2022 concerts will draw attention to the need for personal action to reverse the climate crisis and will include talks from local advocates, experts, and workers in matters of climate justice. Each concert will focus on a different facet of our relationship with the natural world, aiming to educate, entertain, and inspire change.

Our Dean, The Very Reverend M. Ansley Tucker, is pleased that the cathedral can get involved in projects that help draw attention to the imperative to safeguard, sustain and renew the life of the earth. “Human beings are finally beginning to grasp that we are not the possessors of the earth and its creatures,” she says, “but rather one part of a great ecosystem upon which we rely, and which relies upon us.”

This series is made possible in part thanks to the support of the Gail O’Riordan Climate and Arts Legacy Fund at the Victoria Foundation
www.climateandthearts.org

Earth, Wind, Fire, and Life - Friday, May 27 at 7.00 p.m
Performers: Jenny Vincent and Bob McDonald International recitalist Jenny Vincent and host of CBC’s Quirks and Quarks Bob McDonald have educated and entertained Vancouver Island residents over the past several years by bringing coupling visuals, narration and music to shed light on the invisible things all around us and the farthest reaches of the universe.

The Planets - Friday, June 3 at 7.00 p.m.
Performer: Mark McDonald, The Cathedral Choirs Drawing attention to the vastness of the solar system has a way of highlighting humanity’s need to steward its small home carefully. In a virtuosic organ transcription by Peter Sykes, the cathedral’s resident organist takes the audience on a tour from Mars (the bringer of war) to Neptune (the mystic), all in Gustav Holst’s inimitable musical language.