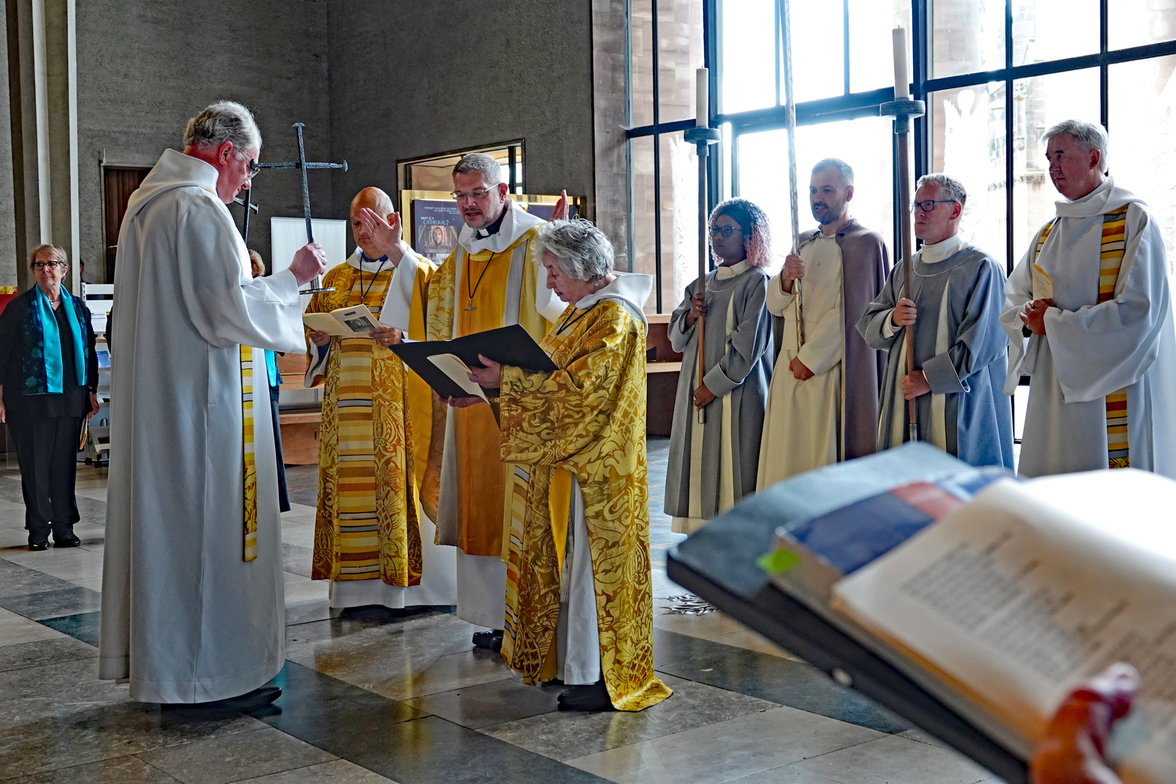 Reconciliation will be the theme as Victoria’s Christ Church Cathedral becomes a partner of the international Community of the Cross of Nails, in a ceremony on Sunday, June 16 at the 10.30 a.m. service.

Formed in 1974 and based at Coventry Cathedral in the UK, the Community of the Cross of Nails is a Christian network of more than 200 churches and organizations in 45 countries, that share a common commitment to peace, justice and reconciliation. Christ Church Cathedral is one of six cathedrals in Canada that are partners. Coventry Cathedral Dean, the Very Reverend John Witcombe, will be in Victoria to present the cross of nails.

The origin of Coventry’s work of reconciliation came from tragedy. The town of Coventry and its medieval St. Michael’s Cathedral were reduced to rubble following the German blitzkrieg  on November 14, 1940. Rather than harbour anger or seek revenge, the Cathedral’s provost (dean) famously used a nail to scratch the words “Father Forgive” onto a charred beam in the ruins. He pledged to work for forgiveness and reconciliation with those responsible. The new Coventry Cathedral (opened in 1962) is a centre of reconciliation in local and international conflict, and a training venue.

Christ Church Cathedral’s commitment to reconciliation of all kinds, but especially  with Canada’s first peoples, was what allowed it to become a partner of the Community of the Cross of Nails. Dean Ansley Tucker said, “Our Cathedral community is honoured to join our partners in healing the wounds of history and learning to celebrate difference.”

To honour this focus, the cathedral’s baptistry will be rededicated and renamed The Cathedral Chapel of Reconciliation and Coventry Cross of Nails. This will happen on June 16 at the 10.30 a.m. combined service. In order to transform the baptistry into hospitable and powerfully symbolic space, Tucker said, “We are removing a large banner of St George slaying the dragon, which exalts violence as the antidote to evil.” Each Friday at noon, the cathedral will offer a short litany of reconciliation which is the practice of partners of the Community of the Cross of nails, accompanied by the ringing of a single bell.  Instead of the Coventry response, “Father forgive,”  the cathedral will use the words, “Creator forgive.” These words echo  the spirituality of Indigenous people.  In addition, a new plaque will point out some of the racialized and colonial assumptions inherent in the baptistry windows.

Feb 26
The Cathedral Check-in: Prepping for the Virtual AGM