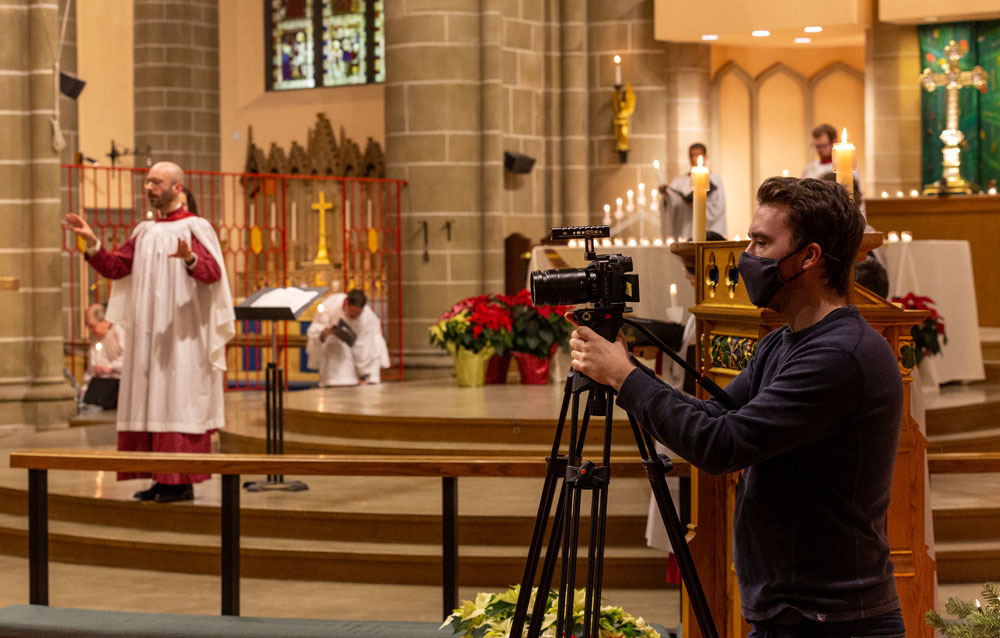 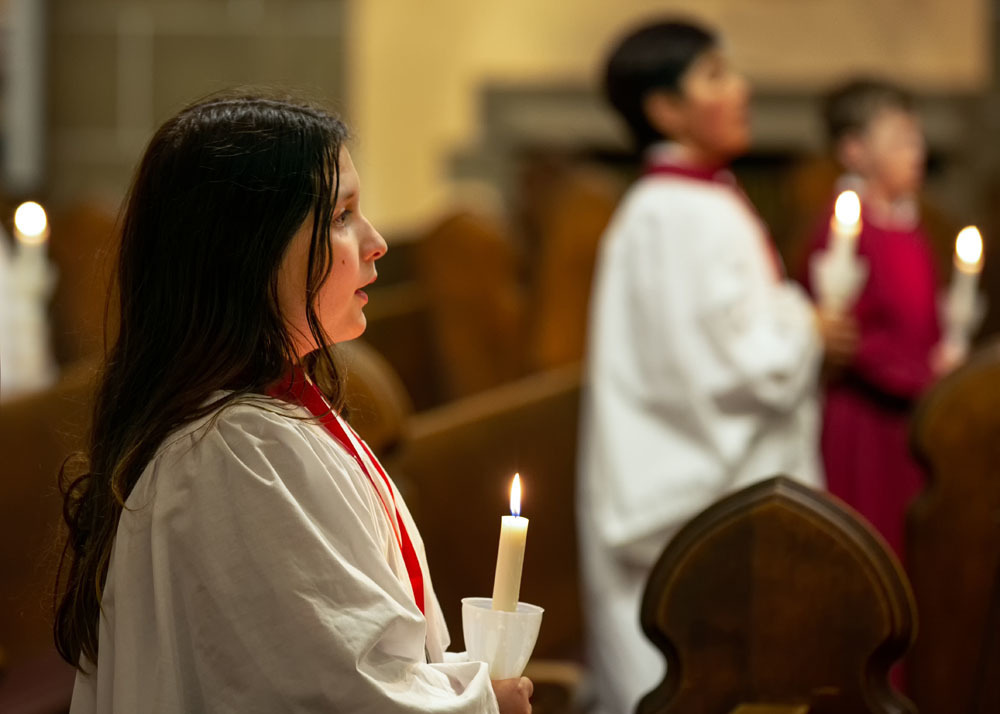 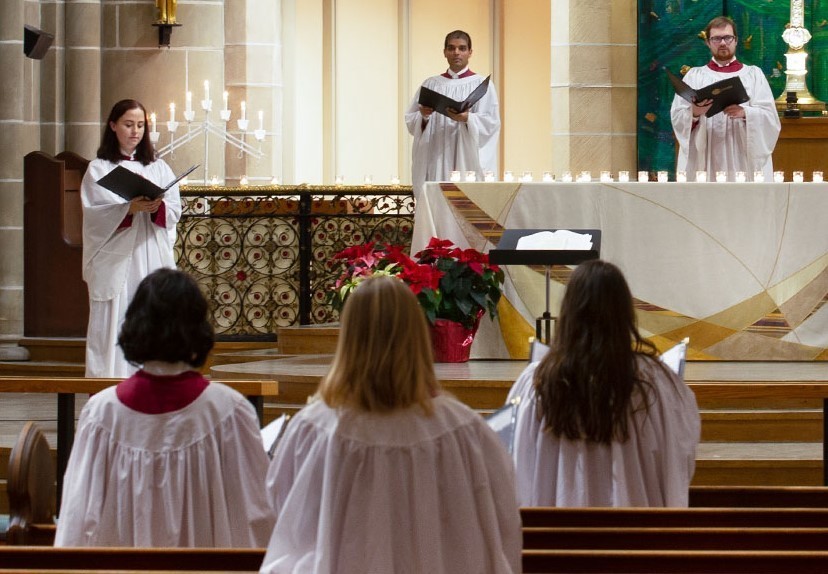 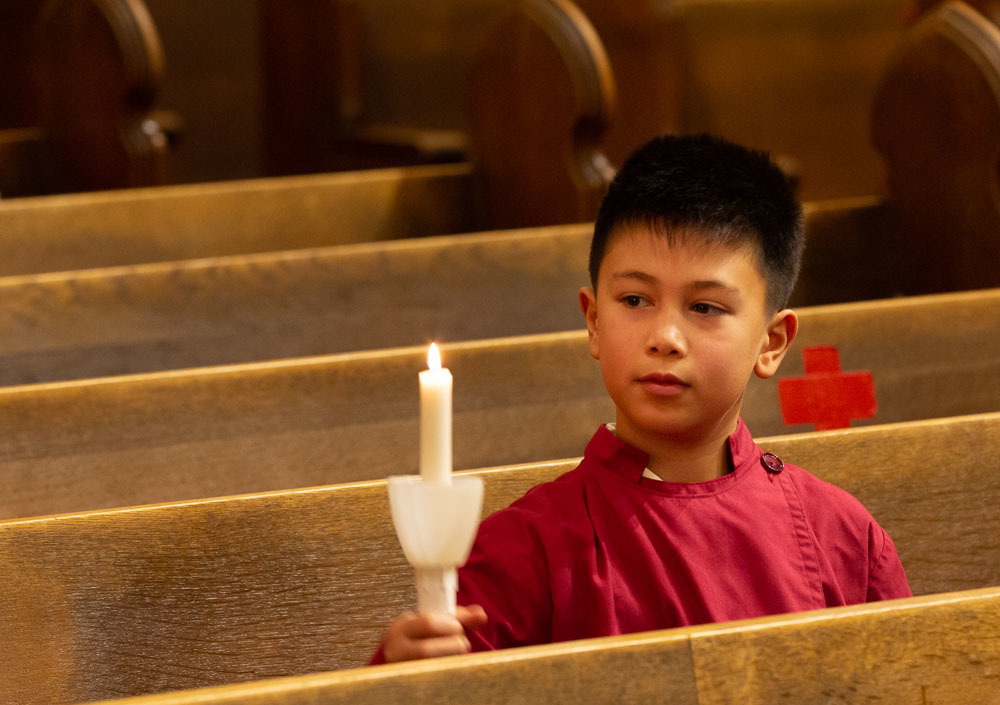 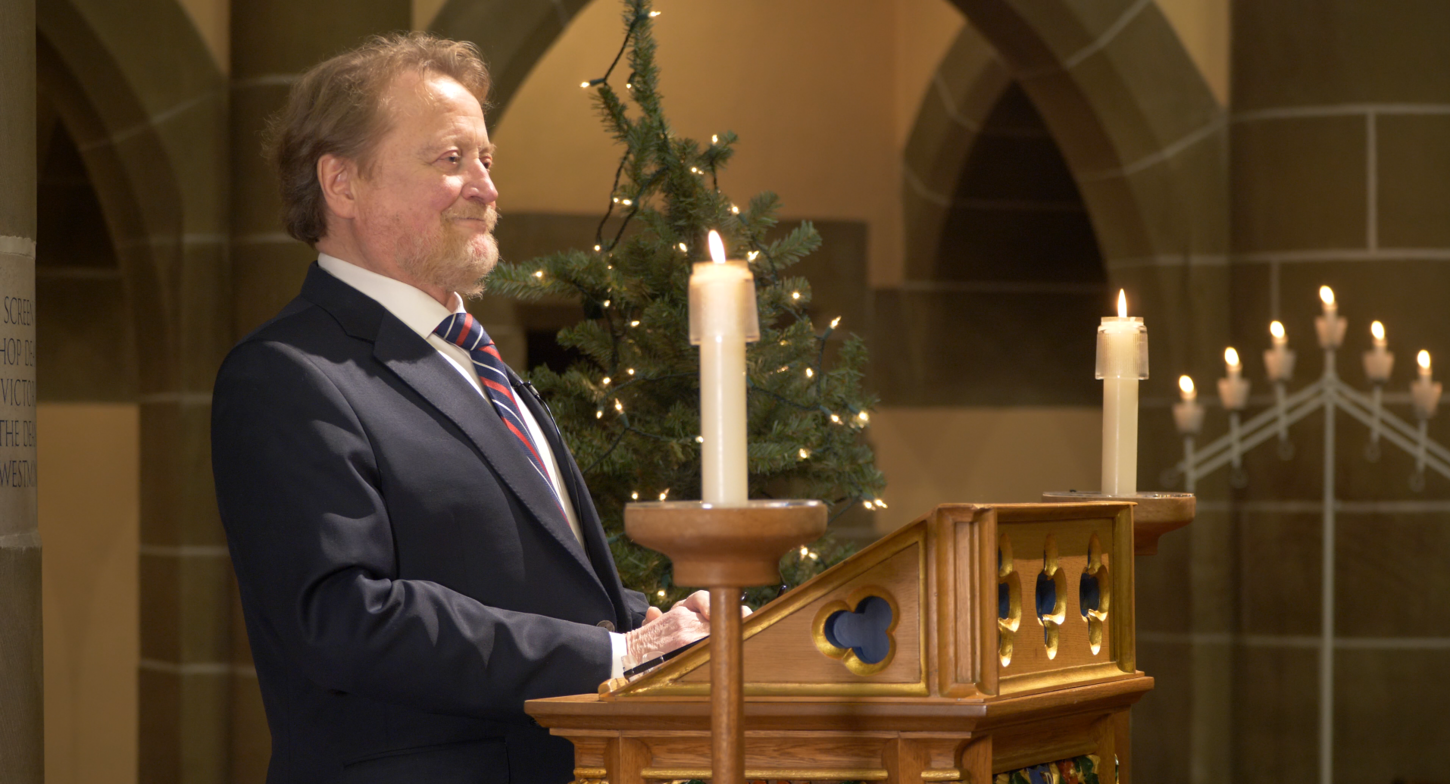 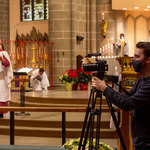 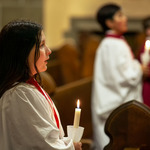 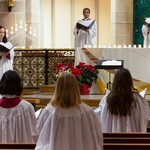 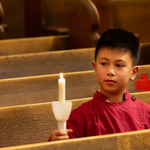 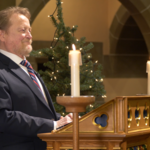 In a year when many Christmas traditions need to be reimagined, Christ Church Cathedral is finding new and innovative ways to celebrate the season. In the absence of large, indoor gatherings this year, the cathedral will broadcast its beloved Christmas Lessons and Carols service in a special television event on CHEK TV on December 20 (rebroadcast on December 24 and 25, details to come). The candlelit service with readings by some familiar community voices, features a mixture of carols old and new sung by a small cohort from the cathedral’s excellent choirs. Donald Hunt gives some insights into the multi-night recording session:

"Earlier this week, over the course of two evenings, a small, physically-distanced subset of the cathedral’s choral forces met in a locked cathedral. They were followed by a litany of celebrity readers, including Jack Knox (Times Colonist), Tim Vernon (Pacific Opera Victoria), and Gregor Craigie (CBC). Their task: to film this year’s Festival of Lessons and Carols for Christmas, which will be broadcast this year by CHEK TV. Recording is extremely demanding work, but everyone, including the cathedral’s fifteen young choristers, acquitted themselves with utter professionalism." -Donald Hunt, Director of Music

The first broadcast will air on CHEK TV on Sunday, December 20 at 4.00 pm followed by rebroadcasts on Christmas Eve at 10.00 pm and at a time to be determined on Christmas Day.

Online Service for the Week of Prayer for Christian Unity The Last Week: In-Person Worship Suspension Extended Through February 8, 2021