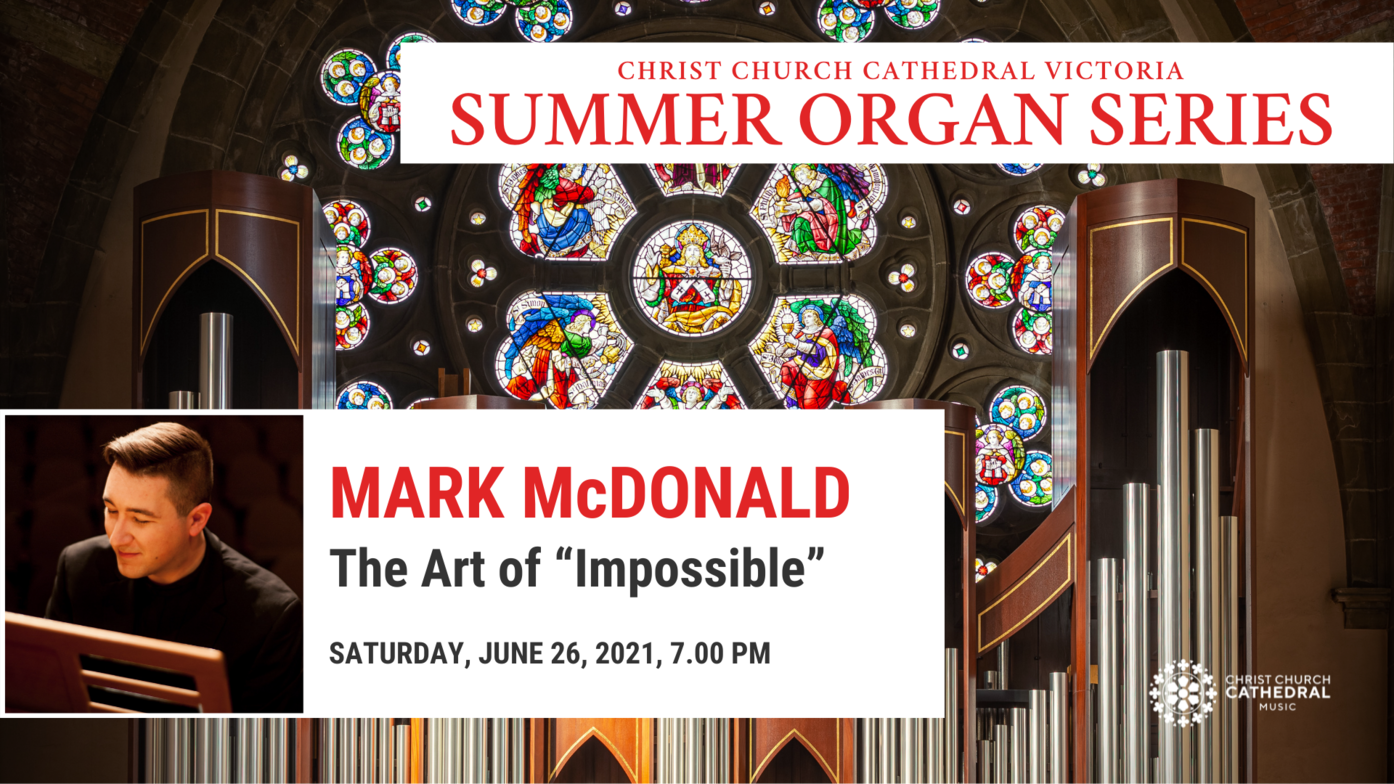 Composed in the early part of his career, Dupré’s Three Preludes and Fugues, opus 7 are among his most often-performed works. The first and third prelude in particular, with their relentless tempo and four-note chords played by the feet, were pronounced "unplayable" by his teacher Charles-Marie Widor. Mark McDonald shows his mastery of Dupré's opus 7 alongside virtuosic selections by Vierne, Duruflé, Grigny and Alain.

Mark McDonald is recognized for his sensitive interpretations of a wide range of organ and harpsichord repertoire from early music to the avant garde. He has participated in several international organ competitions including Musashino-Tokyo (2017) and the Arp Schnitger (3rd prize, 2014) and has been featured as a soloist at several international festivals and series including the Royal Canadian College of Organists’ annual festival, the nouvellegeneration.orgue series at St. Joseph’s Oratory (Montreal), and the Redpath Hall series at McGill University. Notable collaborations include performances and recordings with Cirque du Soleil, NYO Canada, Victoria Baroque, and the highly-acclaimed Music for the Pause series. He holds degrees and diplomas in organ and harpsichord performance from McGill University, Queen’s University and the University of the Arts Bremen. He moved to Victoria in 2019 to serve as Assistant Director of Music and Communications Officer at Christ Church Cathedral.