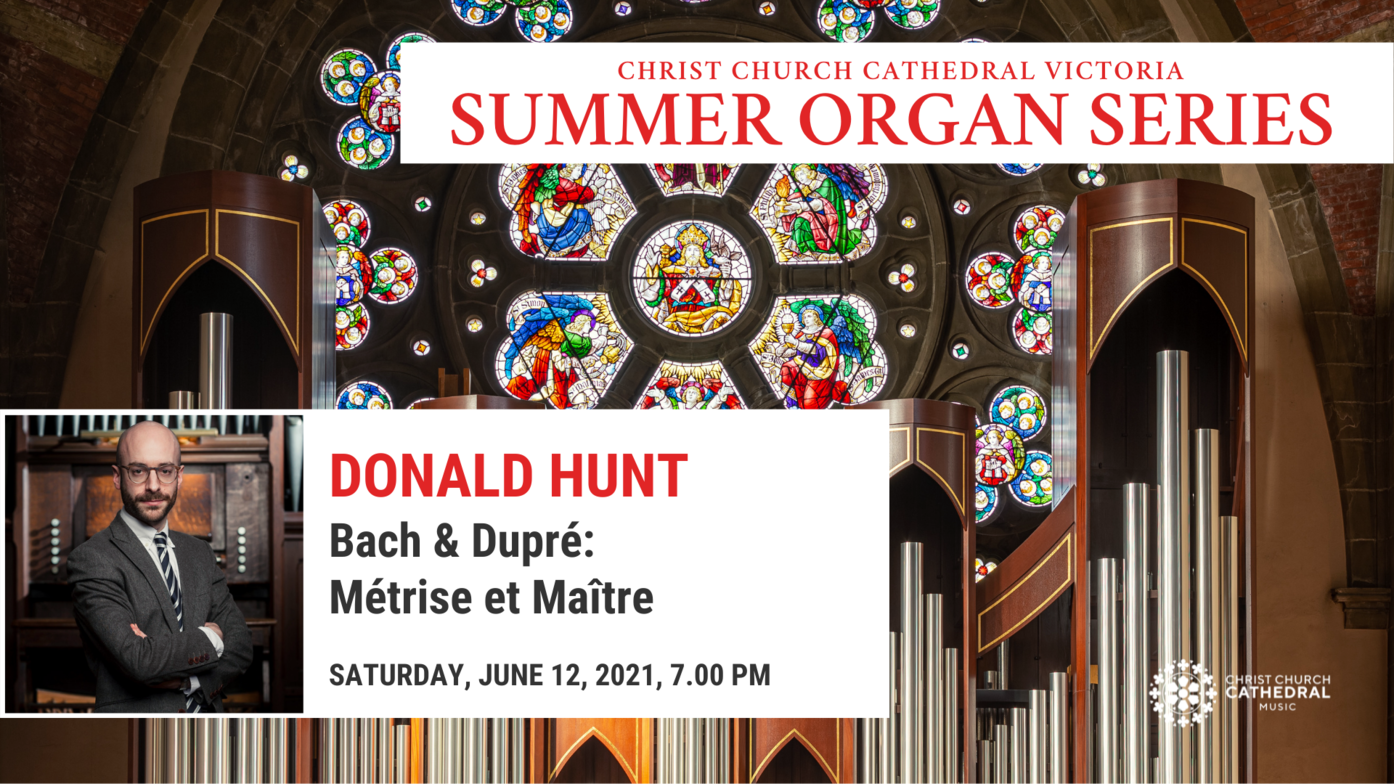 J.S. Bach has been a towering figure over every musician who has followed him, including Marcel Dupré - who famously performed all of Bach's organ works completely from memory! Donald Hunt opens the series with Bach’s monumental Toccata, Adagio, and Fugue and Dupré’s own transcription of Bach's Sinfonia from Cantata 29 in a program that brilliantly showcases the cathedral's Hellmuth Wolff organ.

A native of Halifax, Nova Scotia, Donald Hunt has served as Director of Music and Organist at Christ Church Cathedral, Victoria since 2017. He studied music at McGill University in Montreal and has held several distinguished posts in the UK, including at Truro Cathedral, St Paul’s Cathedral, London and St Mary’s Cathedral, Edinburgh. He is a first-prize laureate of the Concours d’orgue de Québec and has been a finalist in the Concours Prix d’Europe and the RCCO National Organ Playing Competition.   He has been heard live on BBC radios 3 and 4, including for the Scottish celebration of Her Majesty’s Diamond Jubilee. At Christ Church Cathedral, Victoria, he plans the liturgical music for three Sunday services, and directs several choirs, including a treble choir, formed in 2018 in partnership with Christ Church Cathedral School.