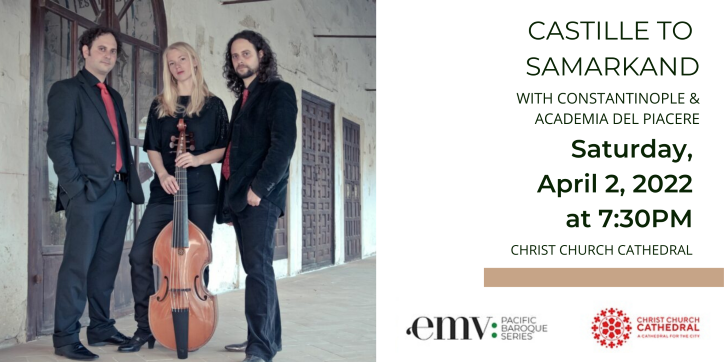 The 15th and 16th centuries have been described as “The Golden Age of Spanish music”, but they were also prolific periods for musicians in the Persian courts and throughout the Ottoman Empire. This journey from Castille to Samarkand brings into dialogue the music of the Spanish renaissance with Persian/Ottoman masterpieces taken from manuscripts unearthed in monasteries and palace libraries, such as Topkapi.