NEWS ALERT BC’s Vaccine Card and the Cathedral: What does it mean for you?
This event has already occurred 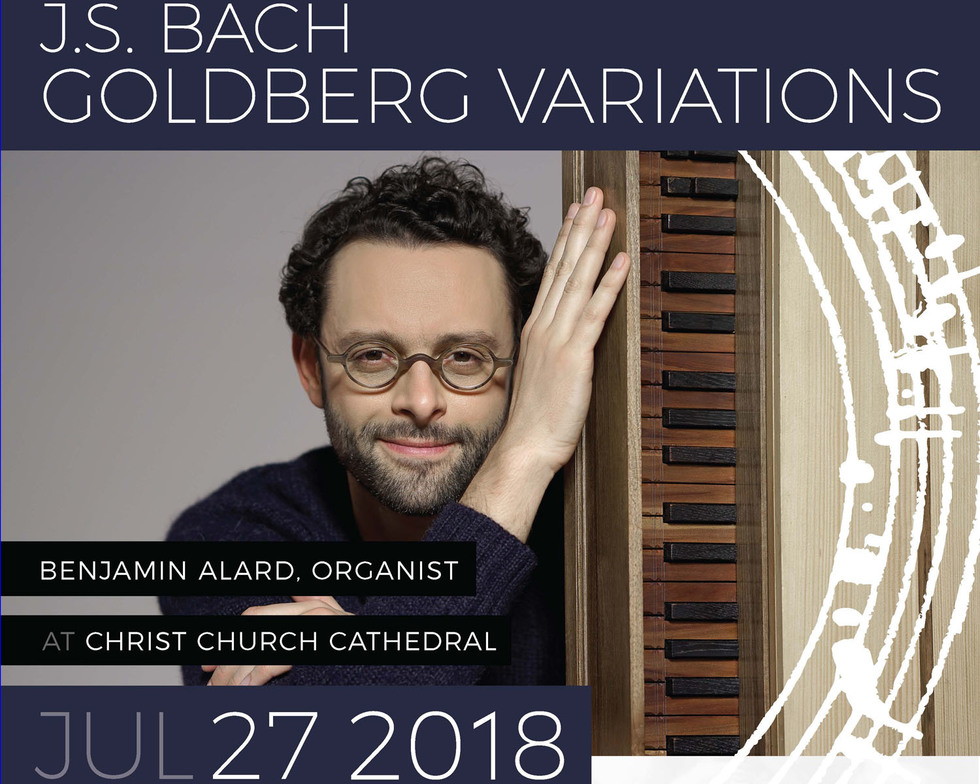 Benjamin was awarded first prize in the 2004 International Harpsichord Competition in Bruges and since 2007 has been organist at the Church of Saint-Louis-en-l’Ile ( Paris ).

He performs recitals and chamber music on both the harpsichord and organ, as well as works for two harpsichords, in duo with the violinist Francois Fernandez and with the brothers Barthold, Sigiswald and Wieland Kuijken. Since 2005 he has been a member of La Petite Bande and in the last few years, has conducted the group from the harpsichord.

Benjamin Alard has recorded for the label Hortus and has made several recordings of works by J. S. Bach. In August 2017, Harmonia Mundi annouced that Benjamin will join their artist roster and will record the complete works for organ and harpsichord of J.S. Bach over the next several years.

Job Posting - Parish Administrator It's time to think about space. The Cathedral Check-in: A Chat with the Dean