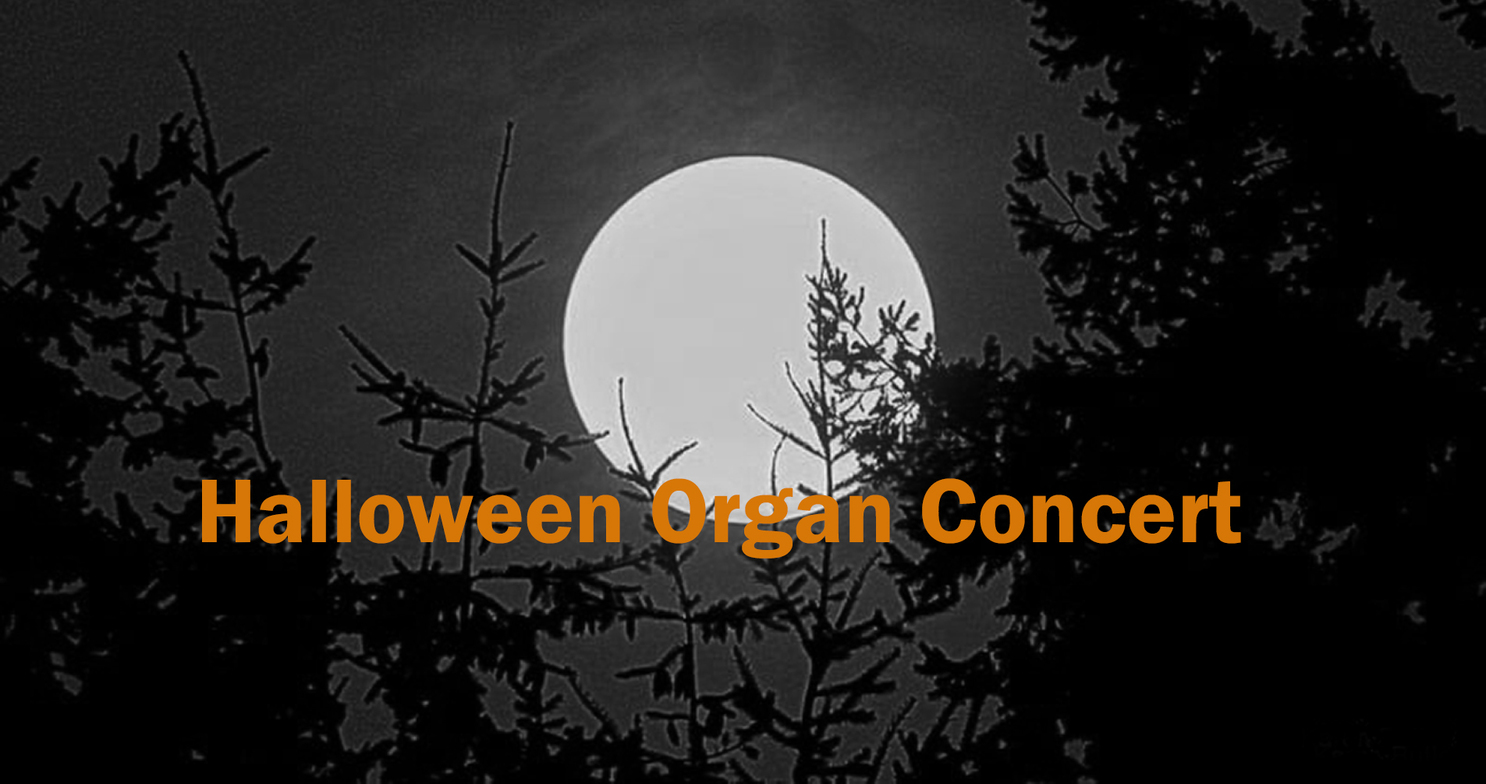 Join us under a full moon from your home with a stiff/not-so-stiff drink on Halloween 2020 to hear 8 fabulous organists on 6 different instruments in Alberta and B.C. perform a variety of “spook-tacular” music suitable for audiences of all ages. https://www.facebook.com/events/654202658823581

The program starts off with probably THE most famous organ piece, J.S. Bach’s d-minor Toccata and Fugue played by not one, but two RCCO Edmonton Centre members, Marnie Giesbrecht and Joachim Segger. Watch 20 fabulous fingers fly over those keyboards in record speed and 4 feet compete pressing the pedals!

Next, fellow RCCO Edmonton Centre member Leanne Fidan presents 20th-century British-Canadian composer Healy Willan’s Introduction (which precedes a passacaglia and fugue). This spooky piece is filled with opposites in volume, tempo, tone colour and character, and yes, more acrobatics at the organ!   Did you know that Albinoni’s Adagio in g-minor was used in the 1983 movie Flashdance, Sarah Brightman’s 2001 song Anytime, Anywhere and included in a neo-classical metal version by Wolff Hoffman in his 2016 Headbangers Symphony album? On Halloween night RCCO Calgary Centre member Colin Redekop adds to this list a transcription for organ of this splendid piece.

RCCO Vancouver Centre member Count Dirkula, Michael Dirk, presents a medley of his favorite childhood costumes: Phantom of the Opera, Darth Vader, and Bart Simpson... for which 2020 observes some significant anniversaries: 1910: 110 years of the Gaston Leroux's novel which inspired Lloyd-Webber's musical 1980: 40 years of The Imperial March, premiering in the 'The Empire Strikes Back' 1990: 30 years of Simpsons 'Treehouse of Horror' Halloween specials  Let’s add one more anniversary to the list. RCCO Vancouver Centre member Angelique Po acknowledges the 130th birthday of French organist Louis Vierne (b. Oct. 8, 1870) by playing the opening of his first organ symphony. Vierne held the post of organiste titulaire (main organist) at Notre-Dame Cathedral for almost 4 decades at the beginning of the last century and was well-known in creating extraordinary finales. The one that concluded his life was exactly what he always wished for himself in his moment of death: he collapsed and then died on the organ bench in 1937 during a concert for an audience of 3000 people!